Crash-stop is a webextension I wrote for Bugzilla to display crash stats by builds and patch information.

The goal is to have enough information to be able to decide if a patch helped (hence its name) and, if needed, uplift it to the Beta/ESR/Release trains as appropriate.

This project was initially meant to assist release-managers but it’s been useful for developers who fix/monitor crashes or for folks doing bug triage. 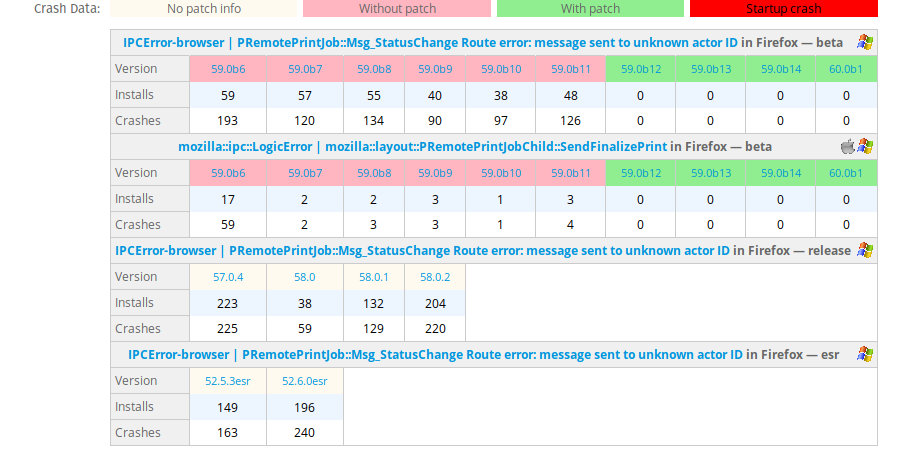 How to read the data in the table above?

As you can see from the example above, the patches had a very positive effect for the first 2 signatures.

For release channel, the builds are shown in light yellow because no patches were found for that channel (the addon reads all the comments to try to find the push urls). As is obvious in this example, the reassuring data from Beta channel makes for a strong case to request an uplift to release channel.

Recently, I added stuff to show startup crashes, for example in bug 1435779: 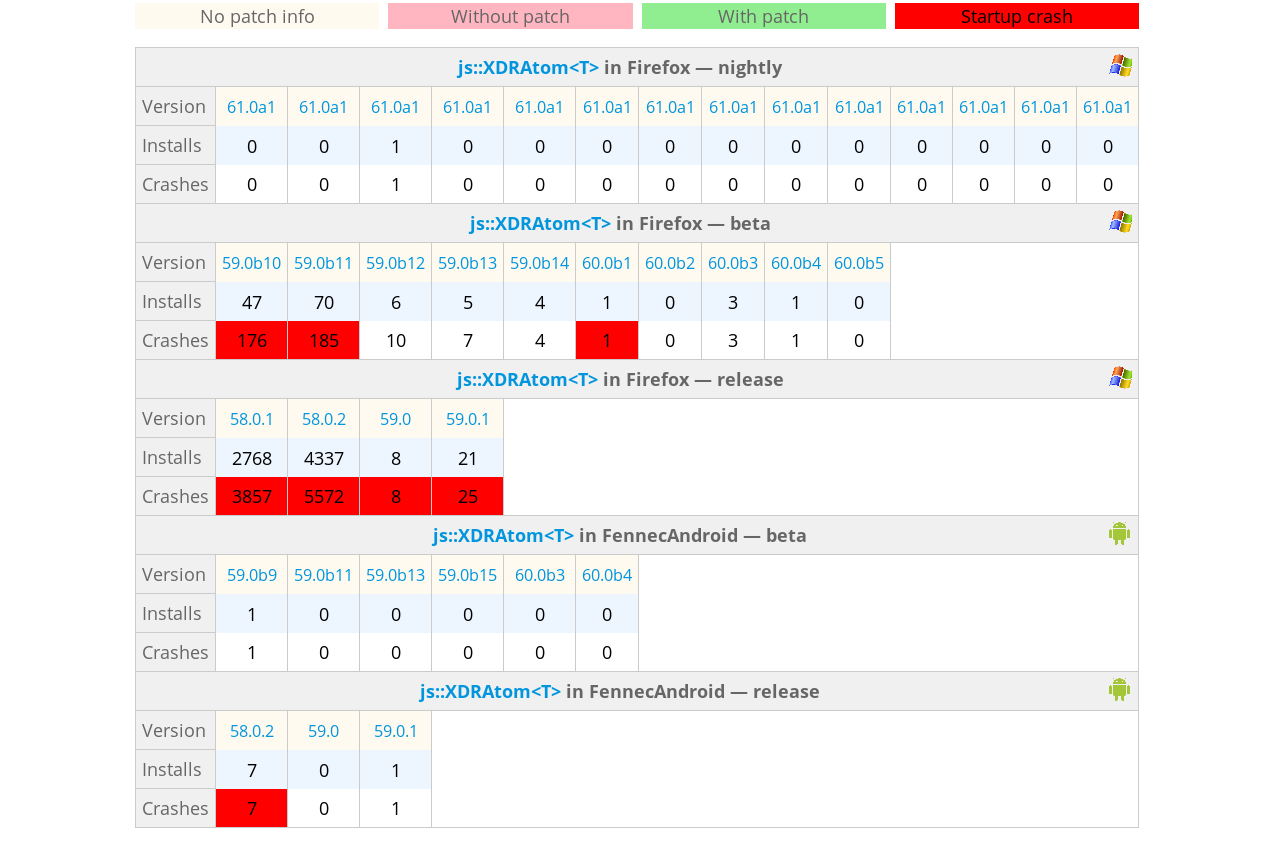 All feedback is welcome and appreciated! If you want to request features or more data, or report an error, please feel free to file a bug on GitHub.

The extension can be installed from AMO and the development is done on GitHub, pull requests are also welcome!