Firefox is shipped using a train model. Without going into too much details, this means that we maintain several channel in parallel (Nightly, Beta, Release and ESR). Normal changes happen in Nightly. When a change needs to be cherry-picked from Nightly to another branch, the process is called “Uplift”.

The release and quality management team is plugging more and more automation (and Machine Learning in the future) in Bugzilla, and the freeform textarea was making it more difficult (also because developers are free to do anything they want with the prefilled text, even deleting fields). For this reason, we are moving to a typical form directly in the Bugzilla interface. The change, developed by Kohei who is volunteering as a Bugzilla UX designer, has been deployed yesterday (October 2nd)

A screenshot is a better explanation than words: 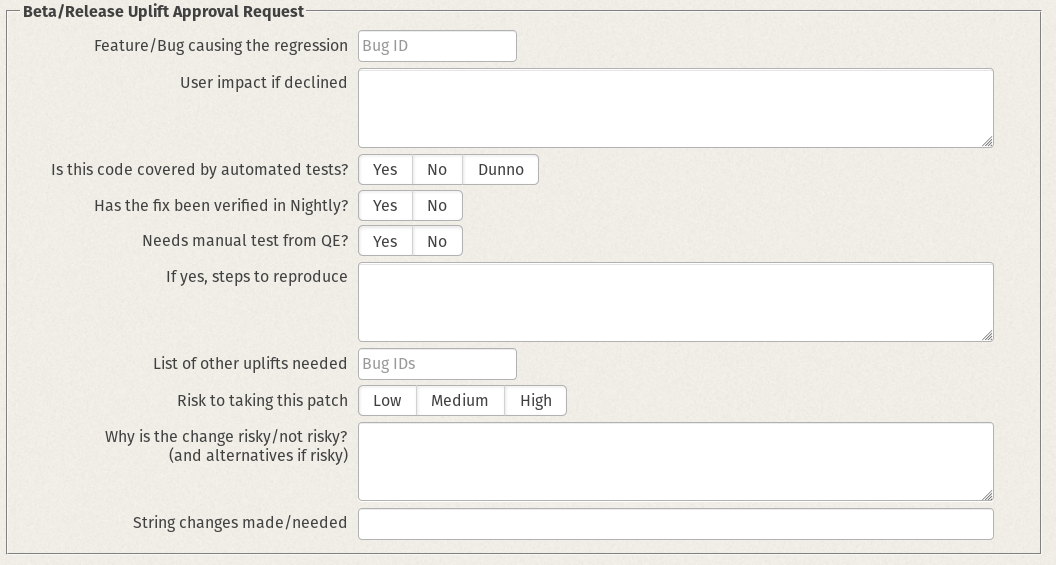 We are planning to move to a similar system for tracking and release notes requests.

As always, don’t hesitate to share feedback to release-mgmt@mozilla.com